Hide Footnote In that same year, a second All Anglophone Conference AAC2 was organised in Bamenda and some of the participants called for a two-state federal system or secession. During this period, Muna and Foncha launched diplomatic offensives at the UN to demand independence for Southern Cameroons. The position of the Social Democratic Front, which rejected secession and proposed, in the context of Francophone opposition to a two-state federal system, a four-state federal system, was judged to be ambiguous by some Anglophone militants, who in , formed movements calling for two-state federalism or secession: [fn] The other movements were the Cameroon Anglophone Movement CAM , the Free West Cameroon Movement FWM , the Southern Cameroons Restoration Movement SCRM and the Ambazonia Movement.

ARTE, the European culture TV channel, free and on demand

However, SCNC militants continued to organise protests in the Anglophone regions every 1 October and spectacular actions such as the proclamation of independence by the Ambazonia Republic on radio Buea in and in Despite the emergence of Anglophone movements, centralisation continued and Anglophones lost even more political strength at the national level.

In , there was only one Anglophone among 36 ministers with portfolio. The roots of the Anglophone problem lie in a badly-organised reunification that was based on centralisation and assimilation, and in economic and administrative marginalisation. For example, in , only two Anglophones were among the admitted to the National Youth and Sports Centre Centre national de la jeunesse et des sports , Cenajes in Bamenda, which is, however, located in the Anglophone region.

Hide Footnote Personal and ethnic ambitions and rivalries among the elites did not help matters. They have not always been able to present a common front to defend an increasingly heterogeneous Anglophone cause. Since the s, the Anglophone question has deeply divided society. It finds expression in the mutually negative perceptions of the Anglophone and Francophone populations and the occasional reciprocal stigmatisation.

Hide Footnote The current crisis represents an especially worrying resurgence of this old problem. Never before has the Anglophone question manifested itself with such intensity. The current crisis began on 11 October in Bamenda when lawyers from the Northwest and the Southwest went on strike. The first Francophone magistrates were appointed to posts in the Anglophone part in and this trend intensified in Common Law lawyers had asserted the same demands to the justice ministry in the past without obtaining any concessions; for example in May , Anglophone lawyers called for federalism and the creation of an autonomous Anglophone Bar.

Hide Footnote A lack of trust in the government and the brutality of the security forces aggravated the problem and radicalised the public. On 8 November , the lawyers mobilised hundreds of people for a march in Bamenda and reiterated their demand for the full restoration of the Common Law system as it was at the time of the federal system. They added a demand for federalism. Crisis Group interviews, Anglophone lawyers and local population, Bamenda, April In response, some youth and Okada boys set up barricades at several crossroads and clashes between demonstrators and gendarmes left several wounded.

On 21 November, teachers went on strike as well.

Hide Footnote At the rally, several thousand people joined teachers to express grievances ranging from the lack of roads in the Northwest to the marginalisation of Anglophones. The police and the army violently dispersed the demonstrators. Hide Footnote Several other incidents took place in Bamenda at the end of November, leading to riots. On 28 November, the crisis, which had until then been limited to the Northwest, spread to the Southwest. 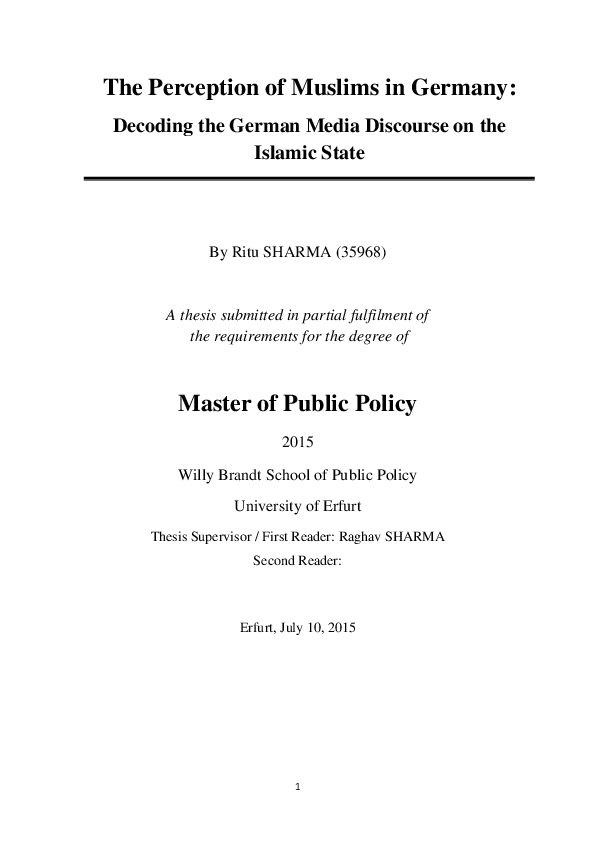 But they believed that the entry examinations held by the major schools and even by Buea University and the higher education institutions located in the Anglophone zone discriminate in favour of Francophone students and against Anglophones. Crisis Group observations, Buea, November ; and interviews with students and officers of student associations, Buea and Bamenda, April-May They brutally repressed the students and arrested some of them in their homes.

Female students were beaten, undressed, rolled in the mud and one was allegedly raped. The most violent confrontation took place on 8 December in Bamenda when the CPDM tried to organise a pro-government rally in the Anglophone regions. The angry crowd prevented the rally from taking place. In violent clashes, four died, several were wounded and around 50 arrested. Demonstrators set fire to a police station, government buildings and vehicles.

The government responded to these demonstrations by militarising the region, causing the social climate to deteriorate even further. The violence in Buea on 28 November and in Bamenda on 8 December aggravated the crisis and led to extensive media coverage. Images of abuses by the security forces quickly spread on the internet and on to international television channels. Further incidents took place in January and February in Bamenda and other towns such as Ndop. They led to riots that left at least three dead, while government buildings and vehicles were set on fire.

From October to February , at least nine people were killed and more sustained gunshot wounds. There were 82 arrests, including of journalists and lawyers, according to the communications minister and about according to the SDF. They appeared before a military court under the terrorism law.


The security forces also arrested and intimidated prominent Anglophones. For example, Paul Abine Ayah, a judge at the Supreme Court, was arrested without a warrant in March on charges of funding the Anglophone campaign. He has since remained behind bars. Faced with the Anglophone crisis, the government tried to maintain the status quo.

However, realising there were limits to what it could achieve with repression, it began talks with the striking unions. At the end of November, the prime minister formed an ad hoc inter-ministerial committee charged with leading negotiations. On November, the prime minister unsuccessfully conducted a first mission to Bamenda to open negotiations. He arrived without concrete proposals, perhaps expecting that the promise of dialogue and his presence would be enough to end the strike.

This is apparent on a daily basis in the form of irreverent remarks by ministers to the prime minister. From December to January , the ad hoc committee conducted several missions to Bamenda. The list of union demands increased from eleven to 25 between November and January but negotiations nearly reached an agreement, with the government saying it was ready to meet 21 of the 25 demands.

The other four covered issues such as the release of people arrested during the demonstrations, the adoption of an equitable five-year development plan and federalism. Hide Footnote However, on 13 January, police abuses, against a backdrop of rumours, provoked riots in Bamenda and the negotiations collapsed. On 14 January, the Consortium cancelled a meeting with the committee, condemned the violence perpetrated by the security forces and declared a two-day Operation Ghost Town in the Northwest and the Southwest.

The government responded by shutting down the internet in the two regions on 17 January, banning the Consortium and the SCNC and arresting Consortium leaders and several activists such as Mancho Bibixy, claiming that the Consortium had conditioned agreement on the introduction of federalism. Crisis Group has gathered many witness statements, some contradictory, of the 13 January events, which marked a decisive break in attempts at dialogue. Some said that the security forces opened fire at point-blank range on motorbike taxis. Others said that Anglophone movement radicals tried to introduce the issue of secession into the debate, with the result that both sides hardened their positions.

Hide Footnote Although these incidents contributed to the failure of negotiations, they were not the only reason. In fact, the tension in the two regions, the repression by the security forces and the radicalisation of public opinion had put Consortium leaders in a difficult position. Negotiations were difficult because of the deep distrust between the government and representatives of the Anglophone community.

The ad hoc committee did not inspire much confidence, because most of its members were Francophones. Consortium members did not believe that the government would keep its promise to meet 21 of its 25 demands. So they proposed federalism in order to guarantee implementation of reforms and achieve a more general solution. Meanwhile, the government believed that the trade unions had a hidden agenda involving secession and that this was why they continually added to their list of demands. Probably to avoid the crisis spreading to the Francophone part, the government brandished the spectre of secession by conflating Anglophone grievances and the division of the country.

Some Francophone intellectuals said that federalism was only a step on the road to secession. The government also claimed there was a plot, presenting the Anglophone strike as an initiative funded by the diaspora and supported by groups who were trying to destabilise Cameroon. After the arrest of Consortium leaders on 17 January, continued school closures and an intensification of Operation Ghost Town, the government took measures in the justice and education sectors to try to calm the situation.

On 23 January , the president of the Republic created a National Commission for Bilingualism and Multiculturalism. The commission is handicapped by its remit, which gives it no power to impose punitive measures, and restricts it to preparing reports and advocating for bilingualism and multiculturalism. Some of its members have recognised this weakness. Hide Footnote On 20 April, the government turned the internet back on after a day cut.

Although these measures were a significant first step, they did not meet the concerns of the trade unions or resolve the political component of the Anglophone question. Hide Footnote They were made rather late in the day, when the public were already calling for the release of detainees and negotiations on constitutional reform with the aim of introducing federalism.

Anglophones continued to take action. When the internet was cut, protesters used text messages and phone calls to organise protests. When it was restored they reverted to mainly using WhatsApp. Hide Footnote More recently, the campaign has nevertheless weakened, especially in the Southwest, partly because the economic consequences have become hard to bear for the public and also because of government pressure.

Anyone not adhering to the movement faces harassment and threats. Threats are sometimes carried out. The authorities and the security forces also used tough methods to break the movement, intimidating the public and printing companies that produced pamphlets, and threatening heads of schools and business owners with revoking their licences if they took part in the strikes. The security forces worked with telephone companies and money transfer agencies to identify and arrest the local contacts of secessionists in exile and block the transfer of funds from abroad to the Anglophone regions.

The two sides have made abundant use of propaganda. The government as well as Anglophone militants have circulated false information on the internet and in text messages and pamphlets.


Crisis Group has seen these messages. Meanwhile, the government claimed that Ayah Paul Abine had been arrested at the Nigerian border in possession of a large sum of money.